How many cement plants are producing in China 2020? 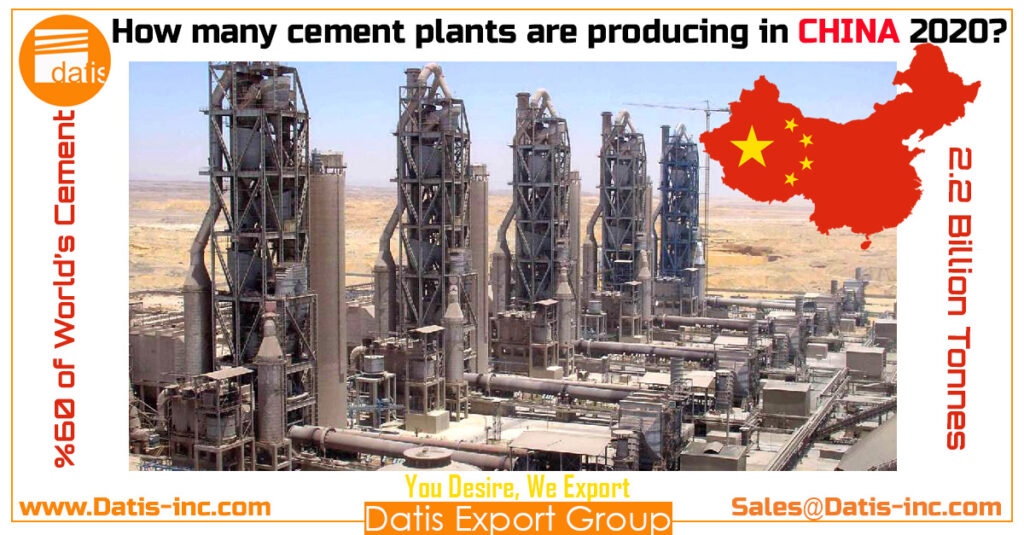 How many cement plants are producing in China 2020?

Burning of gypsum and clay for use in mortars came into use in China from 3000–1000 BC.  In the time of the Zhou Dynasty, about 700 BC, lime was burnt from mussel shells. These shells contained calcium carbonate, which was transformed during the burning process. Not only was the mortar from this workable and user friendly, but the end product was also highly resistant to moisture and water.

This technology was utilized in the building of grave chambers from the time of the Zhou Dynasty to that of the Ming Dynasty. In “Tian Gong Kai Wu” (Heavenly creations), a very famous book about technology in ancient China, written in the seventeenth century, very detailed descriptions can be found about the process of burning lime.

Recent Chinese studies indicate that burnt lime has been used in China for 5000 years. Lime mortar walls and floors have been found in various structures typical of the culture of the Longshan period along the Yellow River, dating back to about 2800–2300 BC. Using lime was one of the most important measures to strengthen the foundations of ancient building structures. Lime mortar was used as binders in brickwork and as a top mortar in walls and floors. Lime mortar was also used in the Great wall. Work on the geat wall was started in the seventh century BC.

The construction of the Wall went on through 20 dynasties, until the sixteenth century. Of the total 6000–9000 kilometers, about 5000 kilometers were built during the Qin, Han, and Ming dynasties. These dynasties developed lime mortar to a higher technological level and used it in the great wall.

During the Han Dynasty, block work structures with lime mortar were used in a number of areas, among others a pavilion on several floors.
The methods of lime production are described in the book “Tian Gong Kai Wu (Heavenly Creations)” from the Ming Dynasty. Burning of lime has also been described in a document from the Qin Dynasty [Ying Zao Fa Yuan (How to build palace-style stone bridge)].

Sanhetu (Tabia) is a kind of mortar or concrete based on three components: lime, clay, and fine sand. This blend has its origin in the fifth century in South China during the Northern Dynasty period. The other three components that were used were lime, ceramic powder, and crushed rock, or lime, slag, and sand (Qin Dynasty).

In the book “How to build palace-style stone bridge,” belonging to this period, describing Sanhetu, which is made by blending 40% lime and 60% loess with fine sand; this reminds one quite a bit of the “Roman concrete.” This concrete was used in the Qin Dynasty for floors, roofs, foundations and, well compacted, also in dams.

The People’s Republic of China

At the start of the PRC in 1949, the Chinese cement industry was relatively small with many small cement kilns spread throughout towns and villages. In the 1980s a trend towards large integrated cement plants emerged and several government-owned cement producers were established to raise production. In 2000 the government began to reduce the number of small cement plants on the basis of their inefficiency and high levels of emissions. These efforts are ongoing.

Suggestions that China has over-reported its cement production volumes have previously been made. However, evidence of unnecessary construction projects has been highlighted in the local media, as has low capacity utilization. The difference in construction industries suggests that China may be accurate in its production statistics, for example, wood is scarce in China, but commonly used in the USA for house-building, so cement consumption will be higher in China even when construction rates are the same.

The top 20 cement producers in China in 2015 by installed production capacity.

The Largest Cement producer in China

Anhui Conch is the China’s largest cement producer at 219.3 million tons of cement capacity per year from its 34 plants.

Anhui Conch Cement Co., Ltd known also as Anhui Conch or Conch Cement, is the largest cement manufacturer or seller in the mainland China, headquartered in Anhui Province. Its business scope covers the manufacture and sales of cement and clinker.

The Foshan subsidiary saw sales exceed $10,000,000 per day for five consecutive days in September 2014, with sales then averaging out to $8,000,000 per day. In the near future, Anhui is expecting to expand its reach through further acquisitions and overseas projects.

Anhui Conch Cement Co., Ltd. was established on September 1, 1997 and listed on the market in Hong Kong on October 21, 1997, creating a precedent for the overseas listing of the Chinese cement industry. The company is mainly engaged in the production and sales of cement and commodity clinker.

After years of rapid development, the company’s production capacity continues to grow, the level of process technology and equipment continues to increase, and the development area continues to expand. The company has built five large-scale clinker bases of 10 million tons in Tongling, Yingde, Chizhou, Fuyang and Wuhu, and built four 12,000-ton production lines in Wuhu and Tongling, Anhui.
Conch cement products are of high quality and are well-known throughout the country and exported to overseas.

More than 140 subsidiaries are located in provincial bases and 14 regions, spanning 18 provinces, municipalities and autonomous regions in East China, South China and the West, and Indonesia and Myanmar.

Cement Production Capacity and Number of Plants in Chinese Provinces

The future of the Cement business in China

Cement is used to bind the material together and is categorized as either non-hydraulic or hydraulic. Hydraulic cements are composed of silicates and oxides that can set and harden even when exposed to water.

Cement today is mostly used as stucco for buildings in wet climates, as mortar for applications near sea water, and as part of developments for strong concretes.

The road ahead in China’s Cement Industry

As a common construction material that is used to bind other materials together, cement belongs to the essential materials that make modern life possible. Few construction projects can take place without the use of cement. Cement is especially important for fast-growing economies. Since 2000, China’s cement production had experienced a remarkable growth. In 2010, the second-largest economy in the world accounted for more than half of global cement production. China has by far the largest cement industry in the world.

The explosive growth in cement production correlates with China’s economic expansion. While industrialization and urbanization advanced in the country, the demand of cement rose sharply. According to the National Bureau of Statistics of China, the net output of the construction industry grew constantly in the previous decade. Houses, roads and bridges had been built here with phenomenal speed over the past three decades.

Since extensive roads and railways are indispensable for a modern economy, installing and upgrading physical infrastructure were intensive in China. Over the last decade, the total length of public roads in China was expanding gradually. A major benefit, particularly in rural areas, has been the modernization of domestic transportation infrastructure. To counteract sluggish economic growth, Chinese local and central government also boosted public investment in infrastructure.

During the first five months in 2020, China produced about 768.8 million metric tons of cement, around 8.2 percent lower compared with the same period last year.

We hope you find detailed information about the answer to the question of How many cement plants are producing in CHINA 2020 in this article.
Datis Export Group supplies all types of Portland Cement (Grey, and White) and Cement Clinker. Our sales team will manage to export the Cement to any destination port for Bulk and Bagged containerized cargoes.