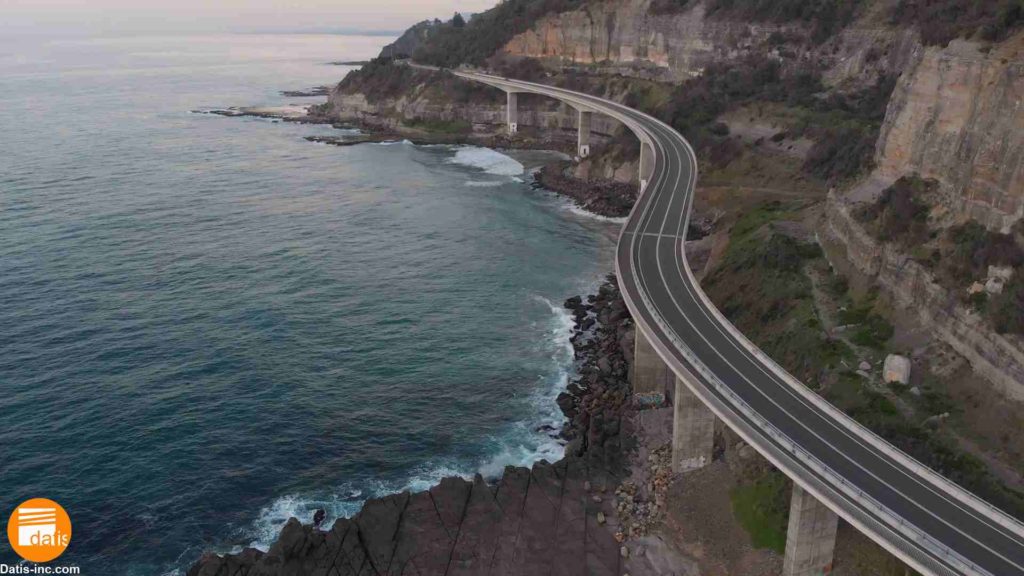 The Sea Cliff Bridge
is one of only seven off-shore parallel-to-coast bridges in the world.
The bridges sit in a harsh marine environment as it directly faces the open ocean and is affected by high sea swell splashing. It is well attested that concrete structures in such environments are especially susceptible to chloride-induced corrosion of the steel reinforcement, which can eventually lead to expensive repair works and significantly decrease the life of the structure.

The Sea Cliff Bridge was named by Makenzie Russell, who at the time was an eleven-year-old student, following a naming competition opened to local primary school students

The A$52 million 450-meter-long bridges brace against the Tasman Sea, up to 70 meters east of the original alignment of Lawrence Hargrave Drive. Completed in 2005, the Sea Cliff Bridge structure comprises a haunched box girder composed of prestressed concrete that was constructed using the balanced cantilever method, with five spans.