How many cement plants are producing in Iran 2020? 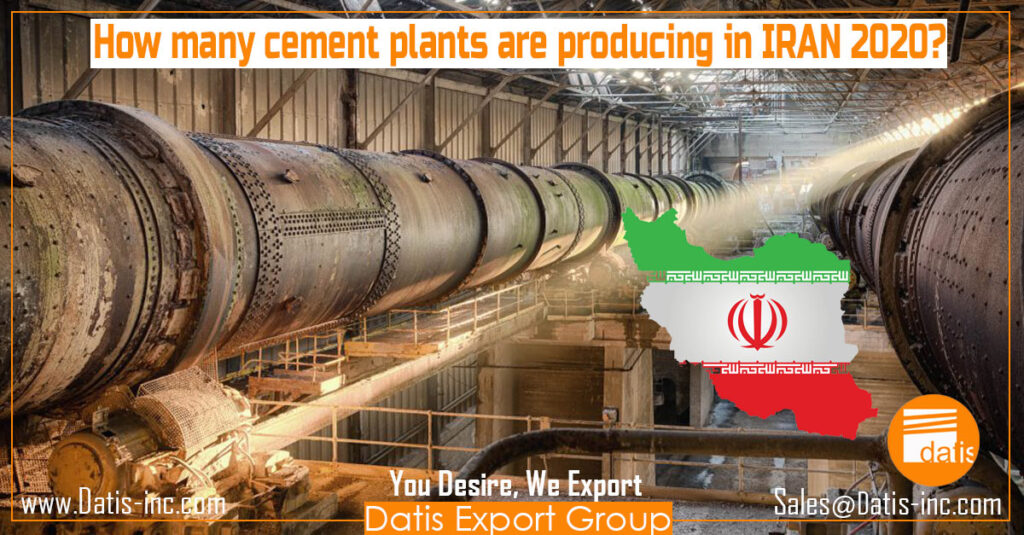 How many cement plants are producing in Iran 2020?

The Iranian economy is currently dominated by the state, with large numbers of directly- and indirectly-state-owned companies in a range of sectors. It relies heavily on oil and gas sales, despite sanctions. The country is second in the world in terms of natural gas reserves and fourth in terms of proven crude oil reserves.

Historical studies indicate that the Iranians as the Phoenicians, the Greeks, and Romans were able to produce cement that was able to withstand the pressure, and also its strength had been maintained in the presence of water.

The remaining works such as great dams and bridges in different areas of Iran, as Izadkhast dam that is the first arch dam in the world, also Karkheh and Shadorvan dam. This shows that Iranians have always known the properties of hydraulic lime. The Greeks learned cooking the lime from Romans and Romans learned it from Iranian. Because the old lime mortar discovered in Iran. Even the Chinese knew how to cook lime and about 2000 years ago, they used it in building the Towers of the Great Wall of China. But the Iranian cement and lime are very older than these times. Ethnic groups residing in the northern Gulf used such a Concrete (sarooj) that has Interestingly hydraulic properties and high resistance. The most famous of this Concrete was Concrete paste that was prepared in Khamir Port and still, the Port facilities are built with this type of mortar In places like Lengeh and Bushehr are stable.

The Iranian cement sector traces its origins back to 1933, when the first plant, of the just 100t / day, was built to the south of Tehran by Denmark’s FLSmidth. Subsequent capacity was added in 1937, taking the total capacity to 9000t/yr, before more significant expansion in the 1950s and 1960s.

By the end of the 1970s, cement capacity had hit 8Mt/yr and capacity really took off after the revolution, despite war and sanctions. Capacity rose to 16.9Mt/yr in the decade to 1990 and nearly doubled again in the next decade to 29.5Mt/yr by 2000. Expansion then became even more rapidly in the 10 years to 2010, when 41.1Mt/yr of additional capacity came online. Additions have since slowed, in part due to overcapacity. Capacity hit nearly a 80Mt / yr in 2015. Table 1 shows the additions to Iranian cement capacity between 2005 and 2016, the most intense period of cement capacity addition.

The First Cement Factory in IRAN

In 1928, the studies and researches were necessary to establish the first cement factory. On December 29, 1933, the first Iranian cement kiln with a capacity of 100 tons per day came in the operation in seven kilometers south of Tehran (Shar-e-ray area-Bibi Shahrbanu Mountain) by Denmark’s FLSmidth. The cement factory in Iran started about 5 years after Japan, 60 years after America, 70 years after Germany, and 100 years after England.

With the passage of time and an increase in the demands for this product, new factories were needed. Therefore, in 1935 another factory with a capacity of 200 tons was bought, built-in 1936, and put into use in 1937.

In the not-too-distant past, Iran was a major global exporter of cement, but quantities have been reduced significantly due to sanctions. During the sanctions era, as Iranian cement demand has fallen relative to capacity, the country has become affected by overcapacity.

In May 2016 Iran reported on cement exports for its 2015-2016 financial year, which ended on 20 March 2016. According to Abdolreza Sheikhan, secretary of Iran’s Cement Industry Employers Association, exports fell by 20% year-on-year to 18.5Mt.

In comments to the Islamic Republic News Agency, Sheikhan blamed the fall in exports on security problems in the region, including in Iran’s main export market of Iraq. Iraq had earlier increased its tariffs on imports of cement and Azerbaijan had increased its cement production capacity, reducing its reliance on Iranian cement exports.

Shahryar Geravandi, the manager of Saman Cement at Kermanshah in western Iran, warned in June 2016 that Iraq’s high import tariffs on cement has put the Iranian cement industry in ‘crisis.’ He added that finding new markets for the surplus cement would be hampered by high transport costs.

In June 2016, it was also reported that Iraq would remove the ban on the import of Iranian cement. In comments reported by the Fars News Agency, that Iranian and Iraqi officials had held several meetings on the issue. He added that Iraq had banned cement imports due to security problems in the country and the falling oil price. Iraq’s cement demand is currently met by its own domestic production, but it previously took 60% of Iran’s cement exports.

In addition to having access to the vast and overwhelming markets of Afghanistan and Pakistan, Iran should, at this moment, focus on east African and east Asian countries.

To help Iranian cement export win back the markets like in the good old days, the government is backing up cement plants big time, whether it is allocating fuel or giving subsidies for transport. The government is trying to be there for the cement plants.
These days, for COVID-19 pandemic same as other countries, cement export in Iran decrease against the same time earlier.

In Cement Industry Of Iran There Are More Than 20,000 Direct Employees (Jobs)

The Iranian cement industry has 82 integrated cement plants. About 10 cement factories are under construction or planned, leaving 72 that are currently producing cement. These share 85.0Mt/yr of capacity. Of this, around 1.8Mt/yr (2.1%) is the white cement capacity.

The recent explosion in Iranian cement capacity translates into a fairly modern cement production infrastructure, with around 65% of the country’s cement kilns commissioned since 2000.

The vast majority of cement plants in Iran are domestically-owned, as is typical in the region. However, unlike in some other countries, foreign investment has been further limited in the past due to the US sanctions. A substantial proportion of the cement sector is ultimately controlled by the government. No major multinational producers or regional players are present in the market. 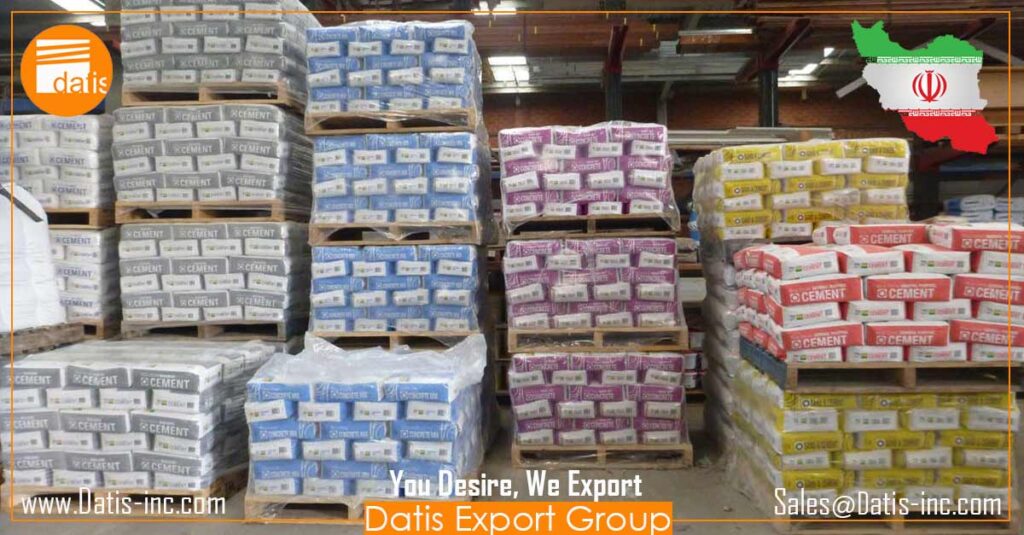 The Largest Cement producer in Iran

The largest Iranian cement producers are:

Founded in 1950 as Fars Cement Company, Fars & Khuzestan Cement is the largest producer of cement operating in the Iranian market. It has grown substantially from a capacity of just 200t/day in 1955, when production began. In 2017 the company has 18 subsidiaries and, together with its partner Ta’min Cement Investment Company, which has a further five cement plants, it operates nearly 32% of Iranian cement production capacity.

Founded in 1992, Ghadir Investment is a publicly-listed company engaged in a variety of industrial projects, including oil and gas, financial activities and cement production. Its cement operations began in 2005, at the peak of Iranian cement plant construction. Today it is the third-largest producer of cement in Iran, operating a total of 7.3Mt/yr via five cement subsidiaries. This is enough to give the company around 8.5% of the national market. It is also building a further 1.2Mt/yr of capacity at Mondashti.

IRAN had the Seventh-largest country in cement production ranking in 2019.

The future of the Cement business in Iran

However, uncertainty returned to the fore in November 2016 following the election of Donald Trump as the 45th President of the United States. As of late February 2017, the IMF warned that deteriorating ‘relations with the US could deter investment and trade with Iran and short-circuit the anticipated recovery.’

The Financial Times further reports that the Iranian President Hassan Rouhani is under pressure from more conservative political groups who claim that the deal has done little to help ‘ordinary’ Iranians. With elections set for May 2017, a lot may, therefore, depend on whether Rouhani gets a second term as President.

However, the potential for growth in Iran, in the event that political conditions remain calm, are staggering. The opportunities will not be lost on its cement producers. Project Iran has identified US$200bn of infrastructure projects that could be on the cards, including US$154bn on building renovation in Tehran alone.

This represents ‘Dubai-like’ levels of spending and will be driven in part by the new Iranian Building Code that specifies higher standards than previously, especially with relation to technology, energy, efficiency, and the use of modern technologies. There are an estimated US$43bn of water infrastructure projects and tourism is expected to experience a renaissance, with associated construction and renovation of hotels, restaurants, shopping malls, and other facilities.

International firms, including those that manufacture cement plant equipment and accessories, are in line to benefit, with an extra US$4bn of machinery expected to be imported in 2017 compared to 2016.

Indeed, Germany’s Gebr. Pfeiffer recently announced that it will supply an MVR vertical roller mill to Biarjaimand Cement, the first time such a mill has been supplied to the country. Iran’s cement makers will hope that this type of investment is a sign of things to come.

We hope you find detailed information about the answer to the question of How many cement plants are producing in IRAN 2020 in this article.
Datis Export Group supplies all types of Portland Cement (Grey, and White) and Cement Clinker. Our sales team will manage to export the Cement to any destination port for Bulk and Bagged containerized cargoes.